we don´t just want a piece of the pie, we want the whole fucking bakery!

we don´t just want a piece of the pie, we want the whole fucking bakery! is a 3-channel-video-installation dealing with aspects of the Black Panther Newspaper archive, interview excerpts with former Black Panthers and nowadays protest against repressive structures. The installation is structured as leaps into history snippets, which deal with its layers, simultaneity and complexity.
How is history visible and audible in the present? What is an anti-monument? What are the ways in which an archive relates to the present? How do social struggles influence each other an how does this translate into the contemporary moment?

I am interested in the relationship between the Black Power movement, in particular the Black Panther Party and nowadays social struggles. Slogans like, "All Power to the People!" are still used nowadays and are of same relevance in the same way that racism did not just disappear- the same with sexism and other -isms.The Black Panther Party, evolved out of the Civil Right Movement and its specific legacy is not only that the struggle continues but mainly: an empowerment, being empowered to speak, to read, to write, to learn, to educate.

By combining and juxtaposing archive excerpts and interviews I am making connections between past and present movements, which dialectically unfold throughout the video. Using the black pauses as a moment for reflection, to rest or to think about what is missing, unheard, not covered by me. Thinking about the Occupy movement as well as about the Black Panther´s internationalism I am interested in the idea of de-territorrialization, in a sense that both movements were not bound to only one specific territory, but also spread all over the country and its borders and edited and redefined spaces here and elsewhere.
An integral part of my project was to invite the former Minister of Culture of the Black Panther Party, Emory Douglas to the California Institute of the Arts (CalArts). He did a presentation of his artwork during the Black Panther time and more recent work, in which he collaborated with, for example, Zapatista artists. The lecture was followed by a conversation, moderated by Paula Cobo Guevara (Aesthetic&Politics Program, CalArts), who herself researches about the Oakland Commune and the Chilean student movement. To have Emory Douglas speak at CalArts was not only important to share his lived experience and art practice with the CalArts community but furthermore his visit opened up the possibility for the video project to be translated and expanded into a conversation about the topics the work is dealing with. Like Emory Douglas said towards the end of his lecture: " I am just an artist, who is doing social commentary!"

This project would not be what it is without the generosity and active participation of the former Black Panther Party members: Emory Douglas, Gail Shaw, Billy X Jennings and Ericka Huggins. I want to deeply thank you for your hospitality, time and willingness to share your history. 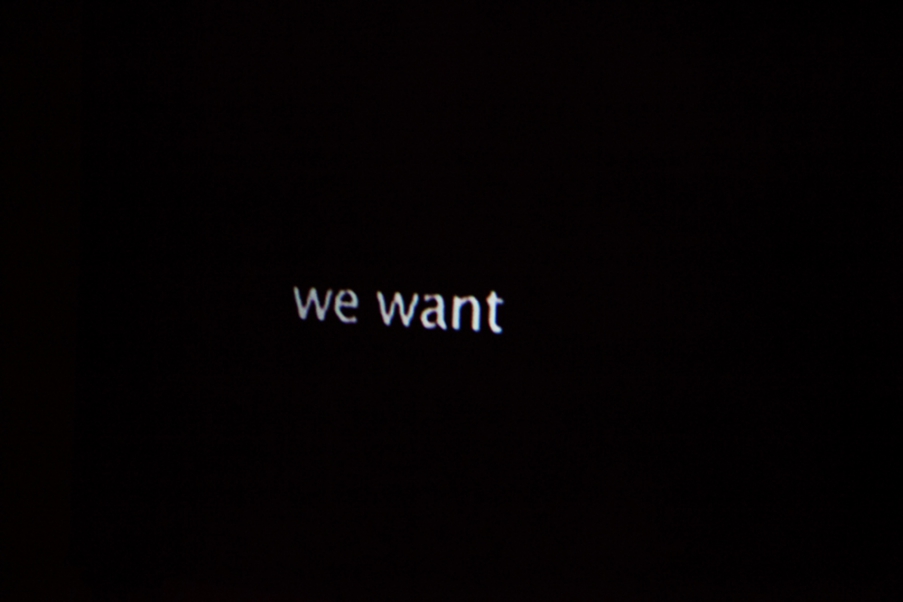 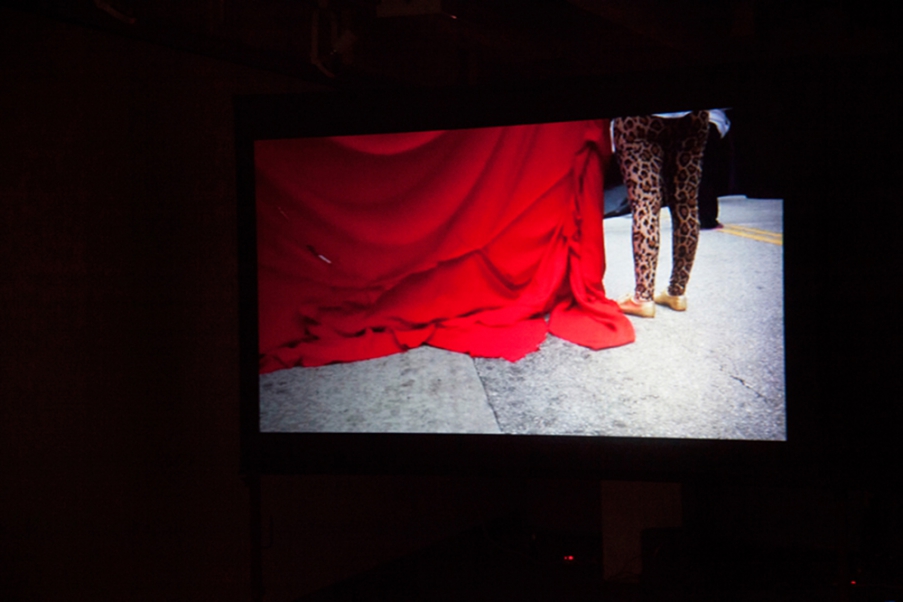 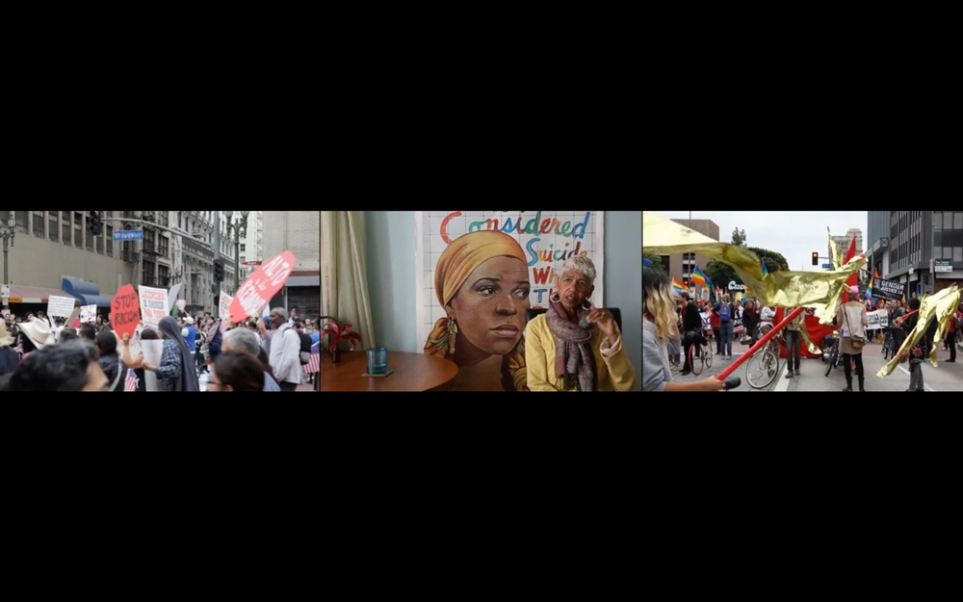 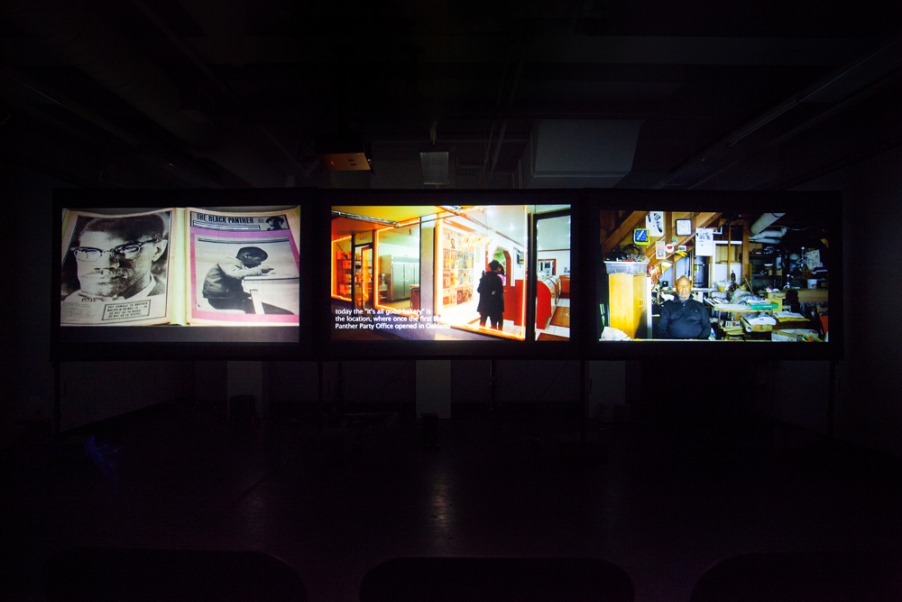 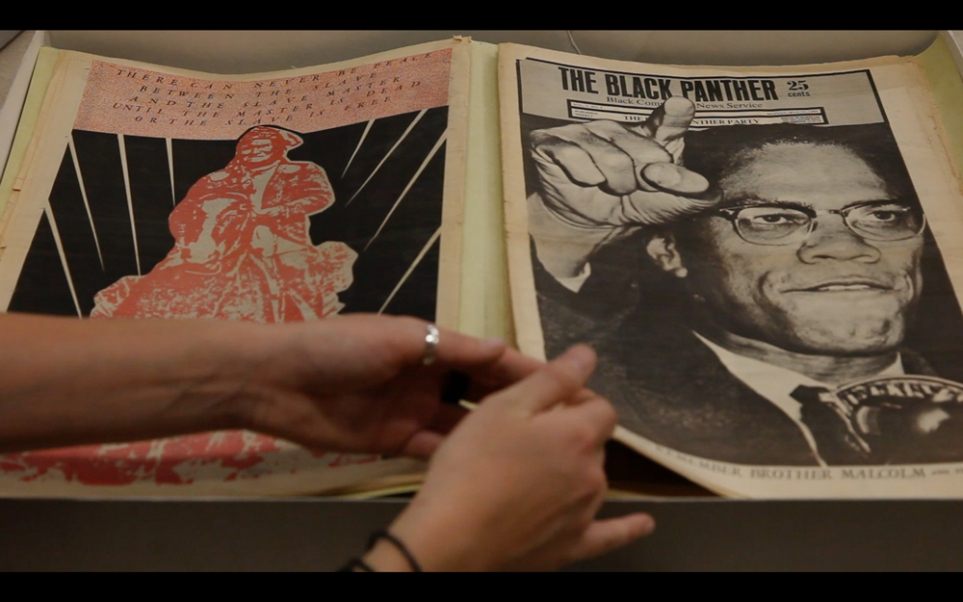 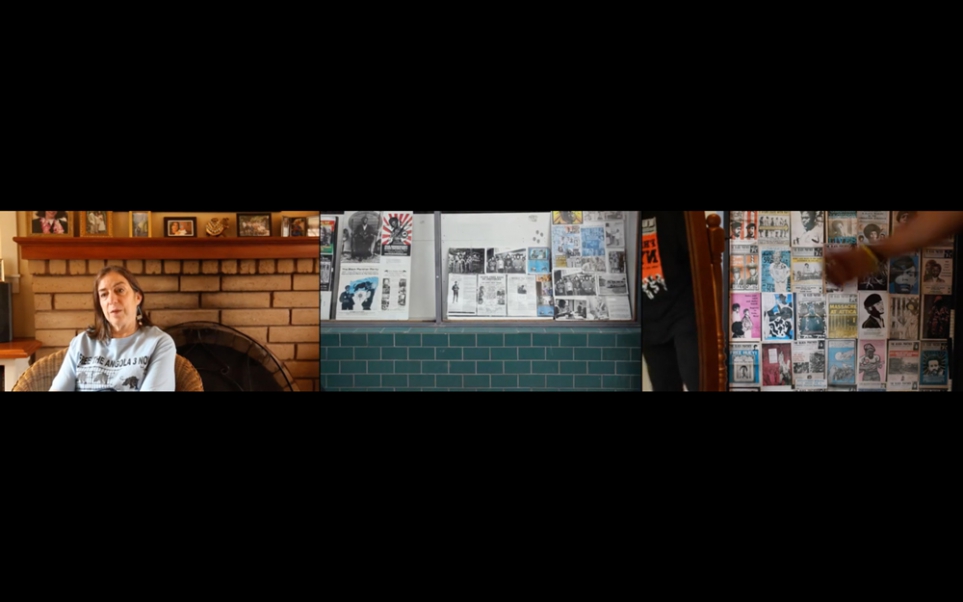 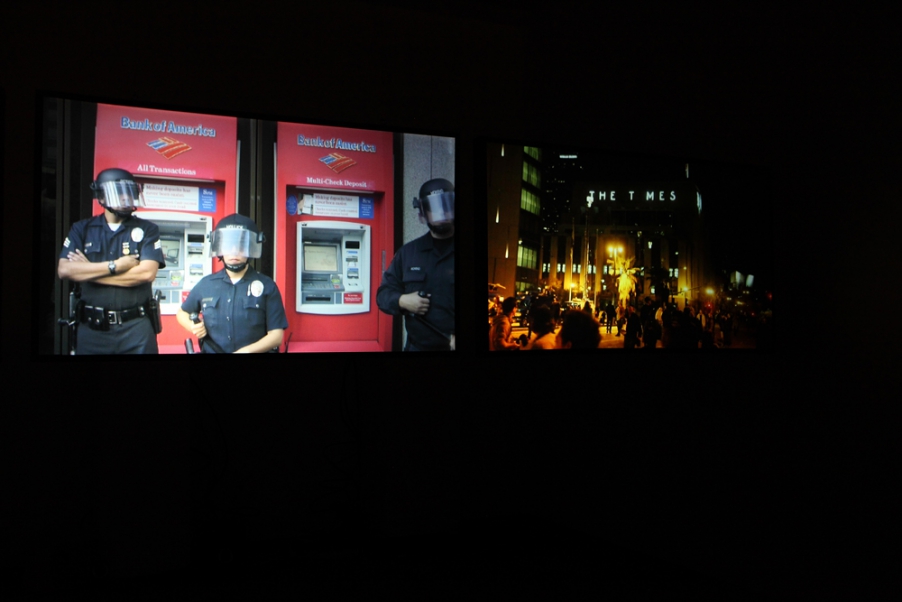 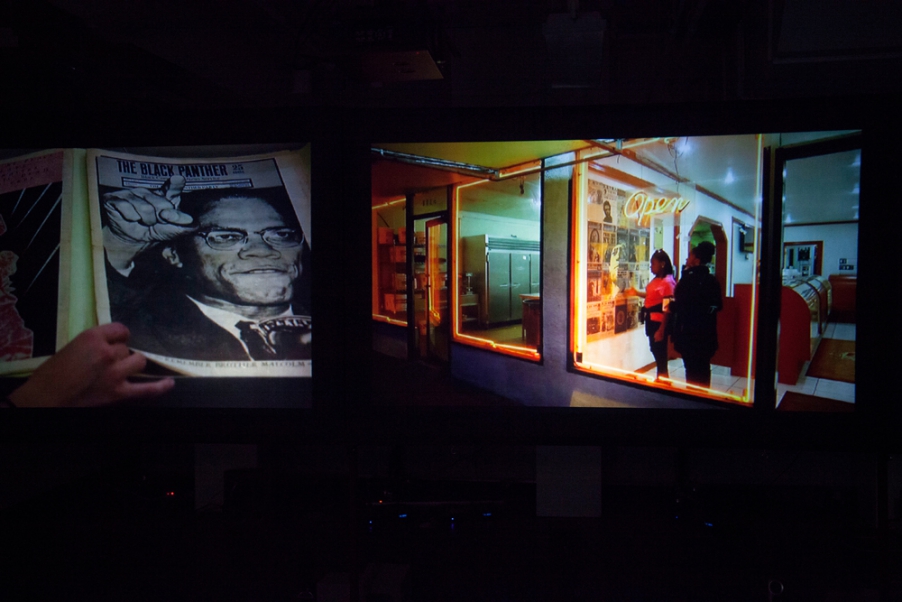 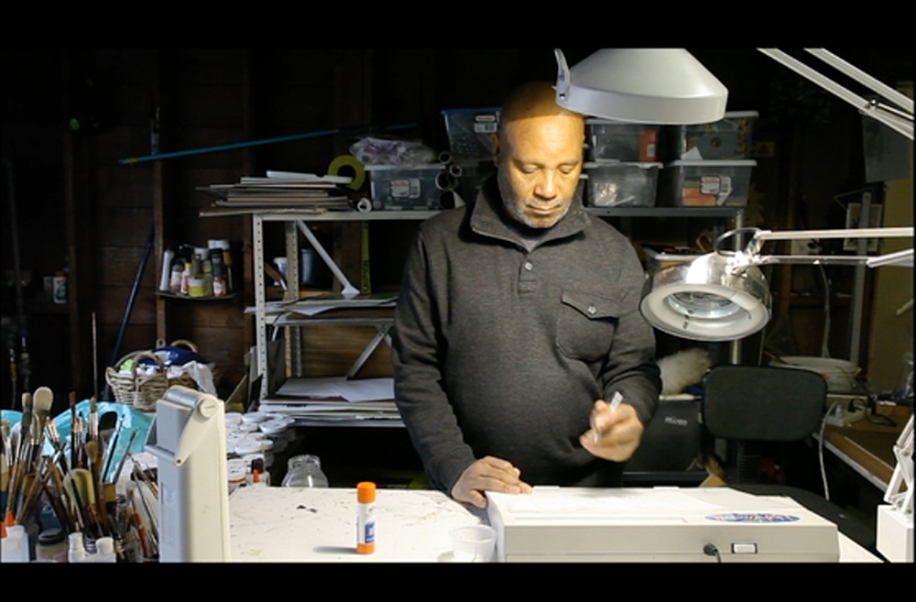