to protect and to serve

"The crisis shows the difference of value and use value in a very obvious way. With the image of an American policemen, patrolling around an abandoned house, to make sure that its bankrupt inhabitants definitely moved out. A society in which the armed state authorities make sure that a house does not fulfill it ́s human purpose any longer is obviously insane. And as soon as the proletarianized identify the overbearance of society in this image of the patrolling policemen, history might take an unexpected turn."(Kosmoprolet, Berlin, 2009)

There is an interesting point for me in this quote about the potentiality of making history. Why talking about results and success in a time of a total economic collapse, why keep on working on an American dream, when labor just keeps on being exploited? The Occupy movement has been criticized a lot of not being precise and successfully enough with their demands and actions. Instead Talking about fractions, failure and chaos seems much more adequate to me.How do we deal with language in a country that is built upon genocidal occupations of indigenous land? If the right to shelter, food and employment are impossible demands in this country then we demand the impossible ? What is the impact of human bodies standing together in alliance and assembling in public space nowadays?What role does the direct action network in the us, which evolved from the 99 ́Seattle protests and e.g the social fo- rums in Italy play in the Occupy movement?

The title to protect and to serve is a cynical and ironic comment on the police presence and brutality during the Occupy movements in the US. It is the official advertisement slogan of the LAPD (Los Angeles Police Department). The photographic slide projection work deals with the occupy movement in Los Angeles and Oakland. It shows fractions of movements, moments, protest and resistance in the us. The temporality of this movement is understandable, considering the us economic situation. Different ways of speaking, thinking and seeing came up. The media had one version, Twitter, Facebook and text messages their own and the voices on the streets and in public spaces were loud.

The work was installed as a projected slideshow on two backlit screens in an almost dark room. One large scale print could be seen in the entrance area of tree policemen protecting two Bank of America ATM`s. alongside there were text excerpts from Judith Butler, Angela Davis and other authors about the occupy movements on the wall.

In my work the question how history is transported into present times comes up frequently. I deal with history, memory and it's constant instrumentalization as well as with contemporary forms of resistance and commitment against repressive structures. As Walter Benjamin describes in The Concept of History: “There is no document of culture, that is not at the same time a document of barbarism.“ 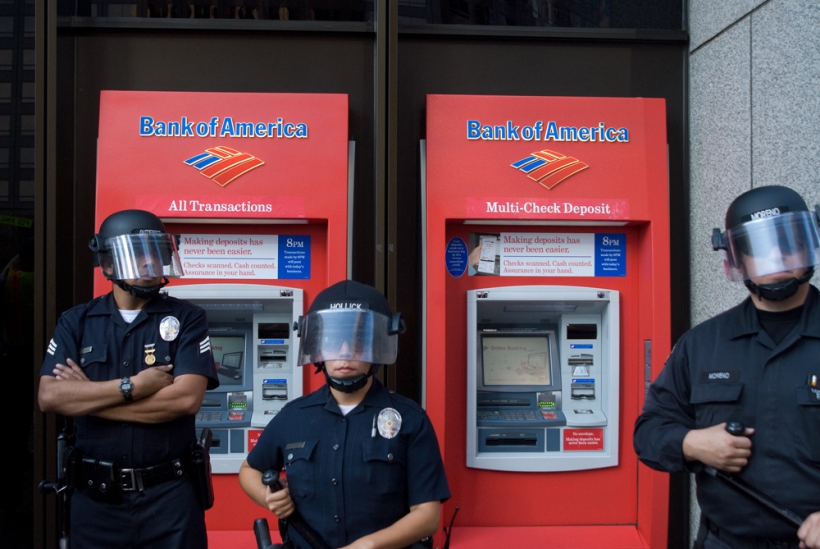 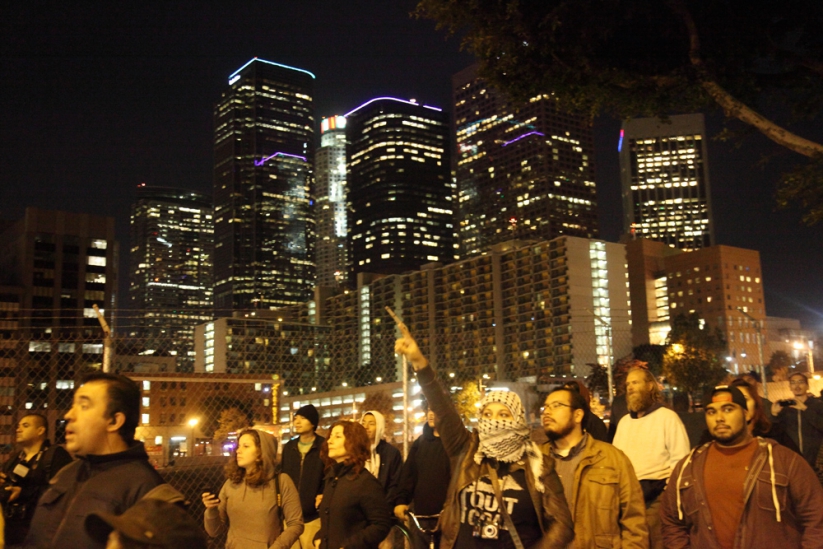 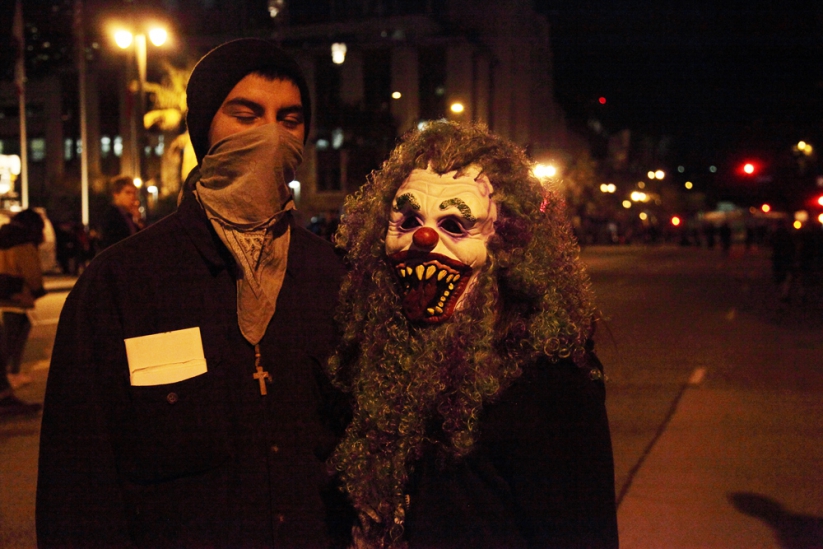 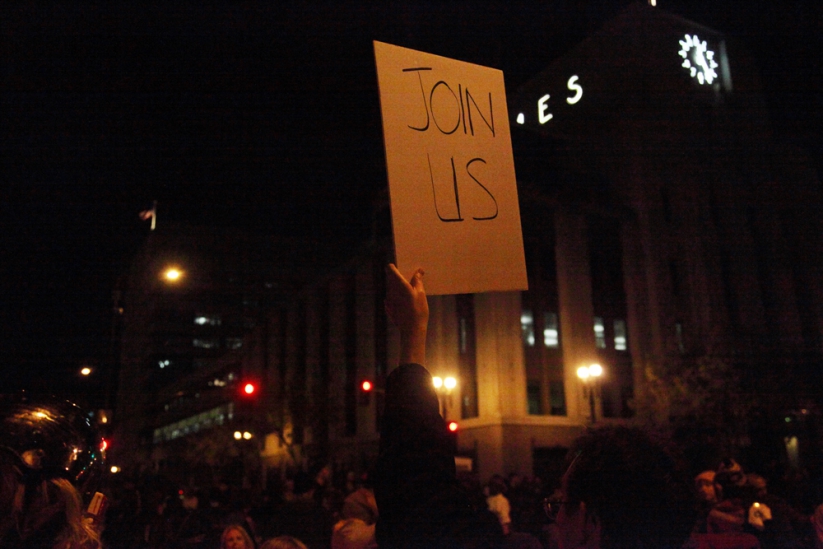 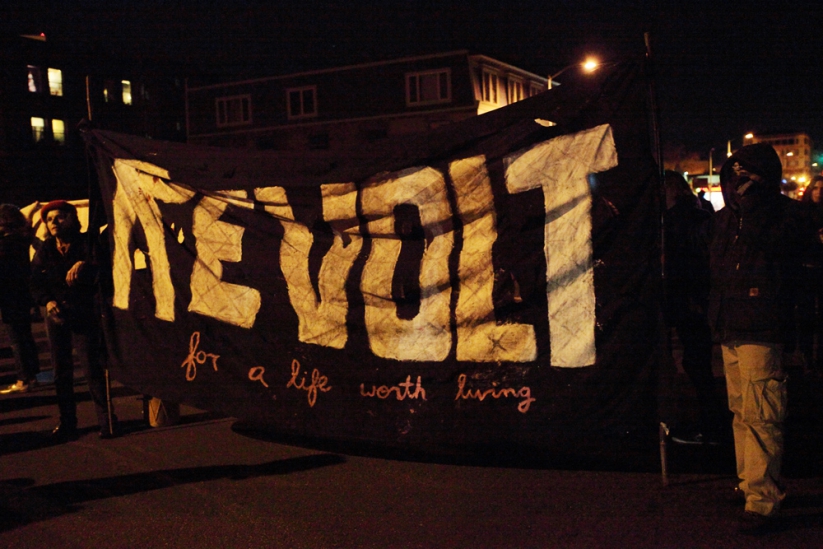 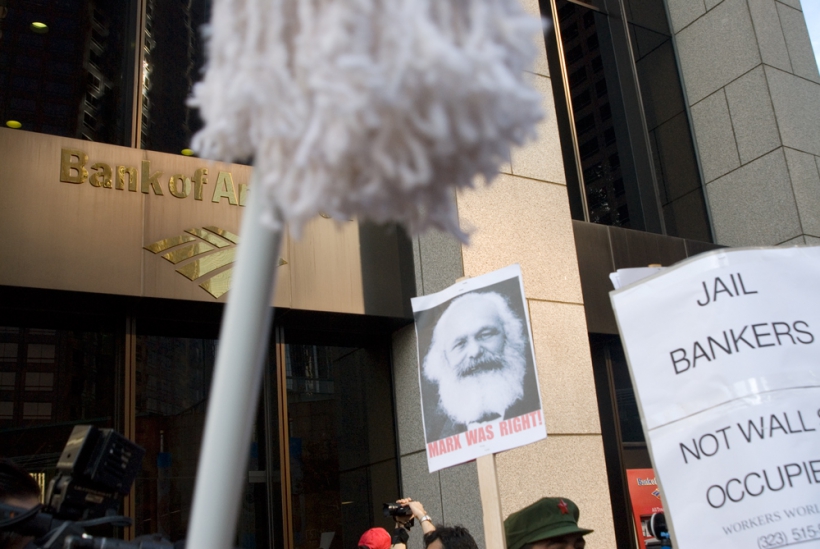 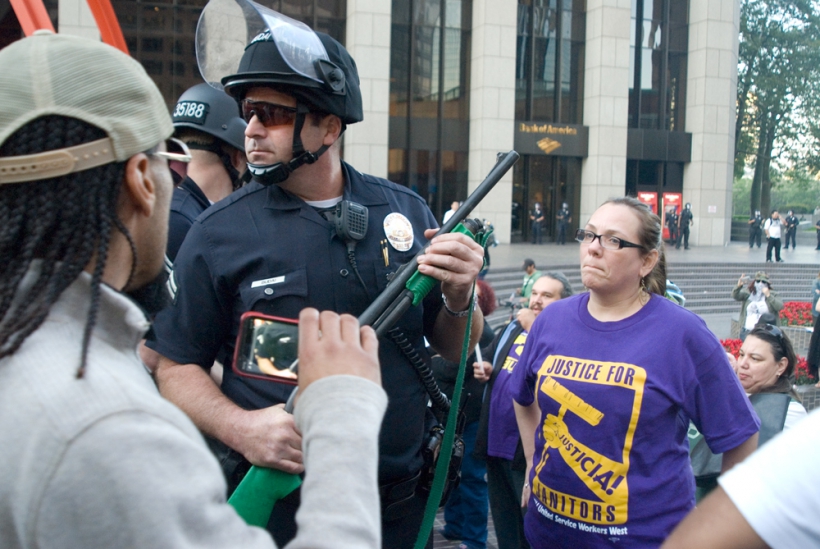 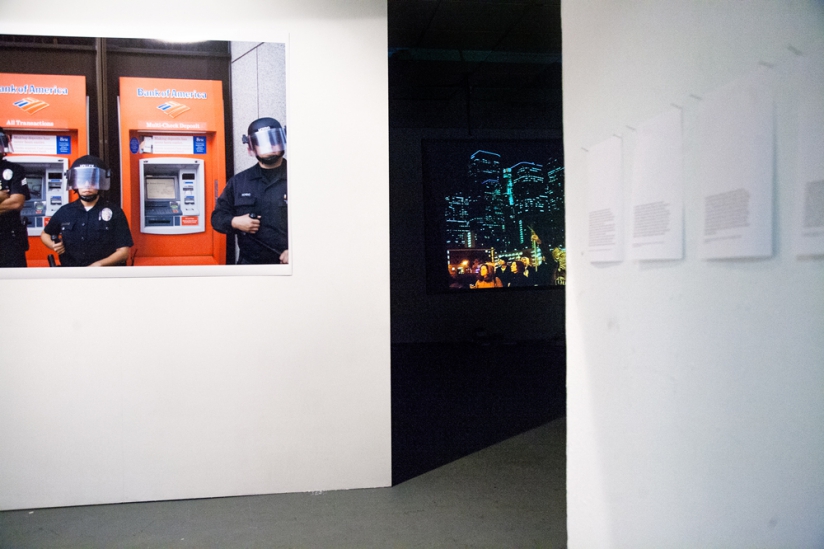 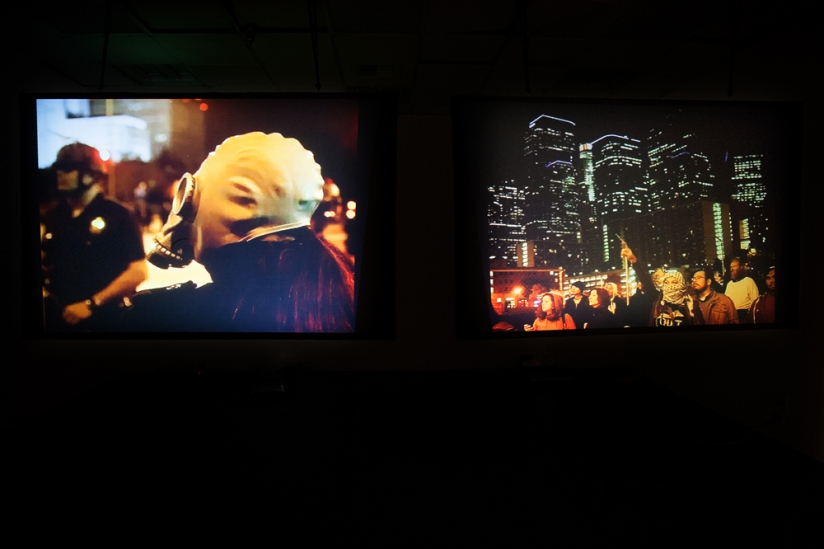 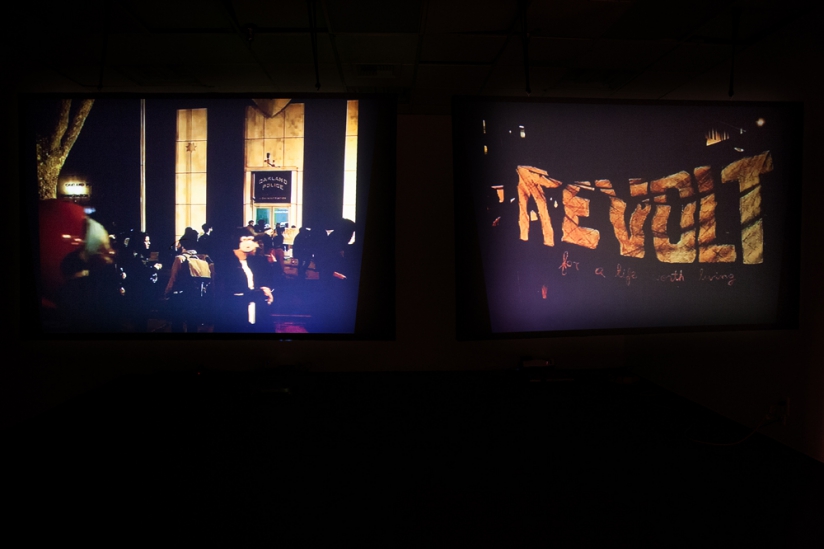